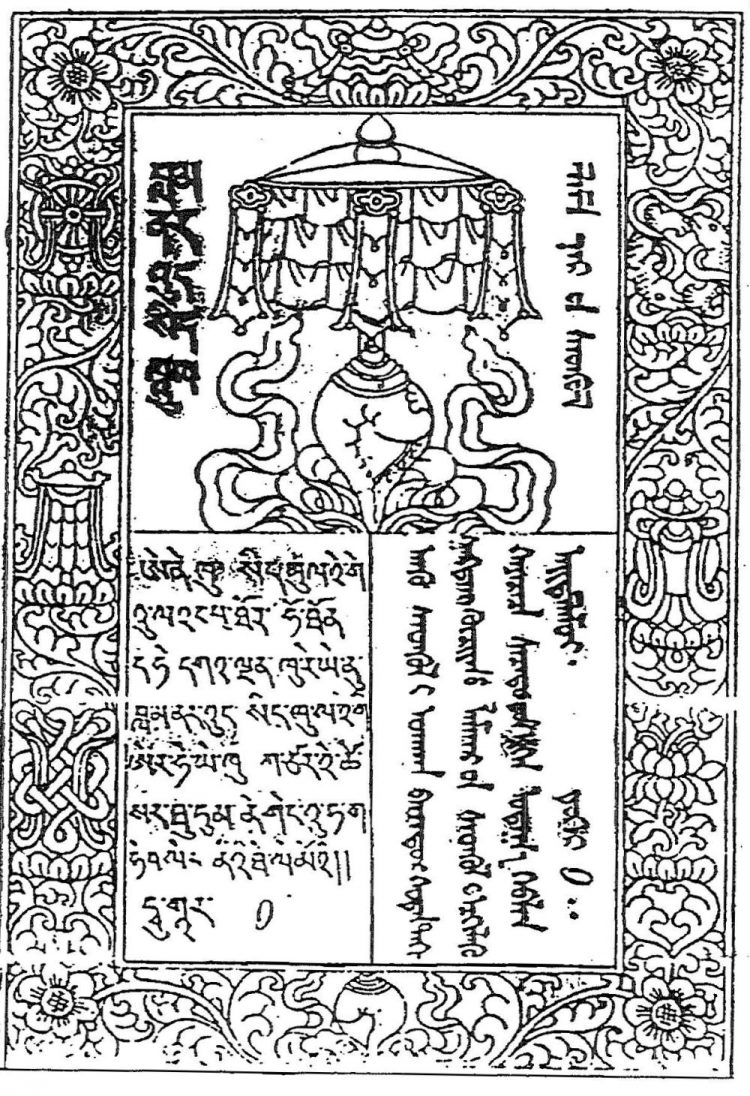 This exceptional publication was not produced in Tibetan language, but only in Tibetan script in 1936. Producers were monks of the Gandan monastery in Ulaanbaatar, Mongolia. Exemplifying the importance of the Tibetan script in Mongolia, the monks used the script for a new format, namely for writing a newspaper. It was planned as a monthly publication, but only one issue has survived.