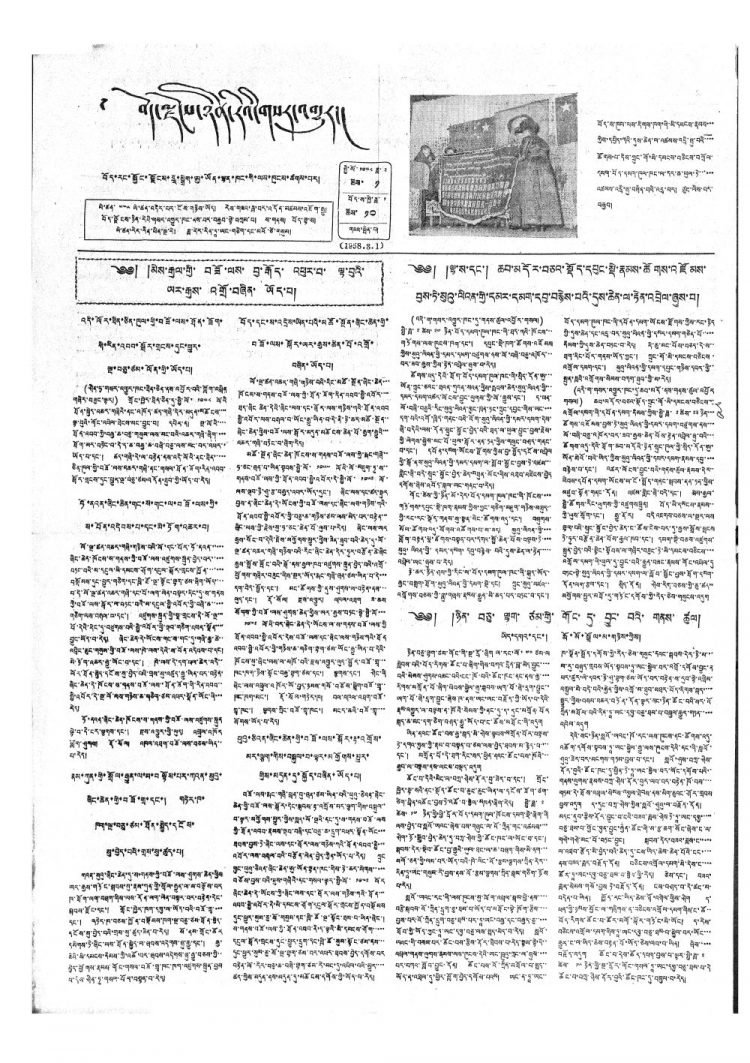 This is the first daily Tibetan-language newspaper published from Lhasa. Until today, the Communist government produces this newspaper. It first came out on April 22, 1956. It grew out of the Condensed News. In 1965, its title changed to བོད་ལྗོངས་ཉིན་རེའི་ཚགས་པར་, i.e. using the Tibetan term “tshags par” and not “gsar ‘gyur”. Editorial team was made up mainly of the same people who had edited already the precursor.