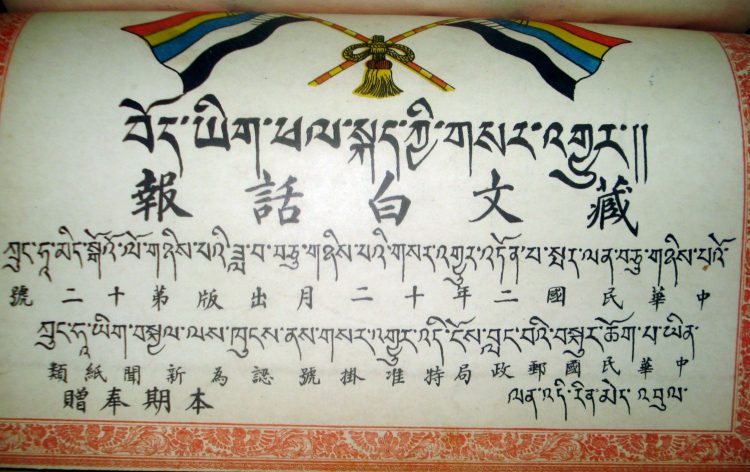 After the fall of the Qing, the new leadership in Beijing continued what the ambans had started in Lhasa. The Kuomintang produced a newspaper under the almost same name on a mimeograph. It appeared monthly at first, and later bi-weekly. From April 1915, a relaunch gave the publication a new look and title: “Tibetan-language newspaper” (བོད་ཡིག་གསར་འགྱུར).