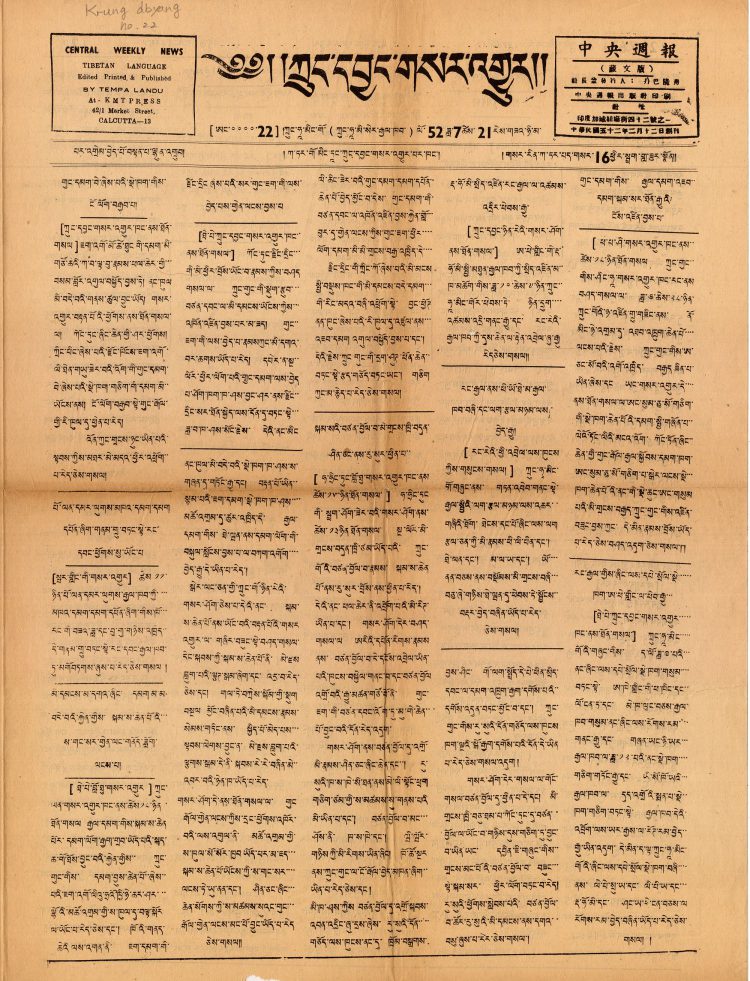 The Kuomintang had long been defeated on the Chinese mainland, but nevertheless operated from the Indian city Kolkata to continiously propagate their views amongst Tibetans. In January 1963, the Kolkata office initiated a neat newspaper edited by Tenpa Lhundrup. Apparently, not many Tibetans were interested in the publications. It was nevertheless spread to Kalimpong, Darjeeling, Sikkim, Bhutan and Nepal.