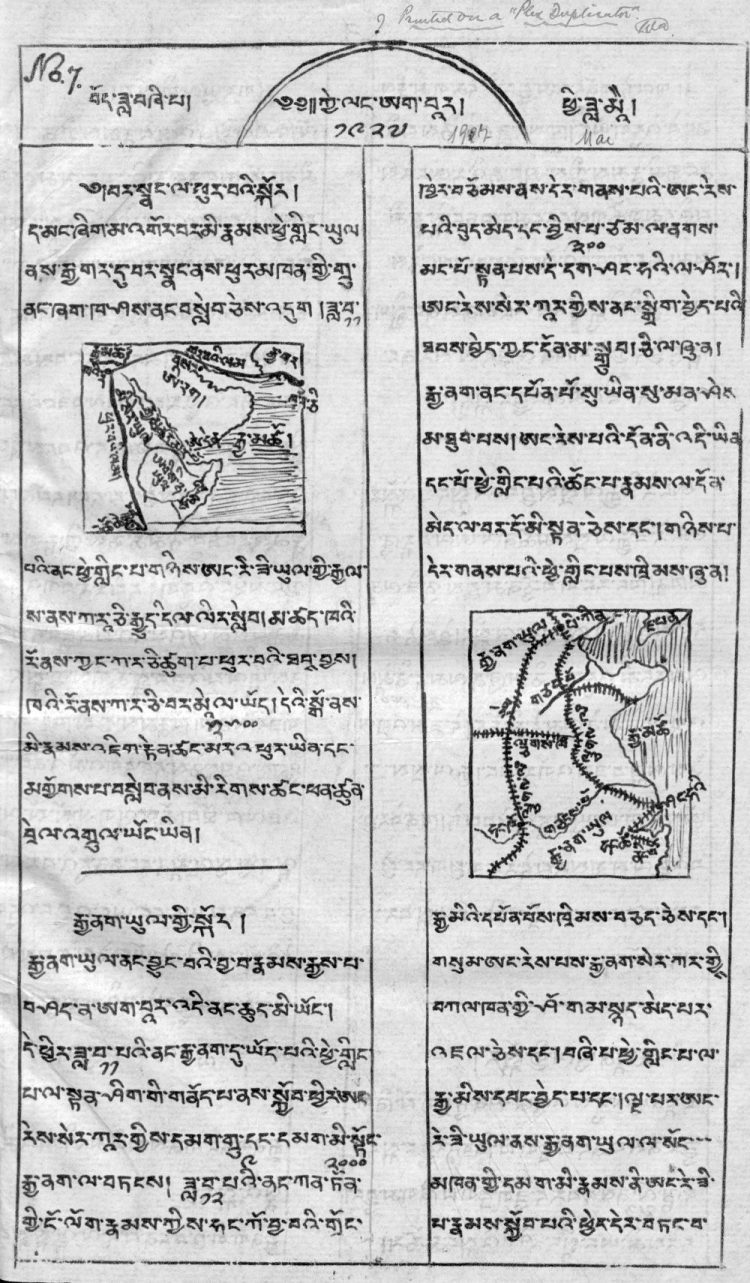 After the discontinuation of the Ladakh Newspaper in 1910, for more than fifteen years no newspaper was published from the mission’s press in Ladakh. Due to the First World War the German Moravians in India were replaced by British Moravians. Missionary Walter Asboe restarted the Moravian newspaper tradition in September 1926, when the Kyelang Newspaper was monthly rolled off the litho press.