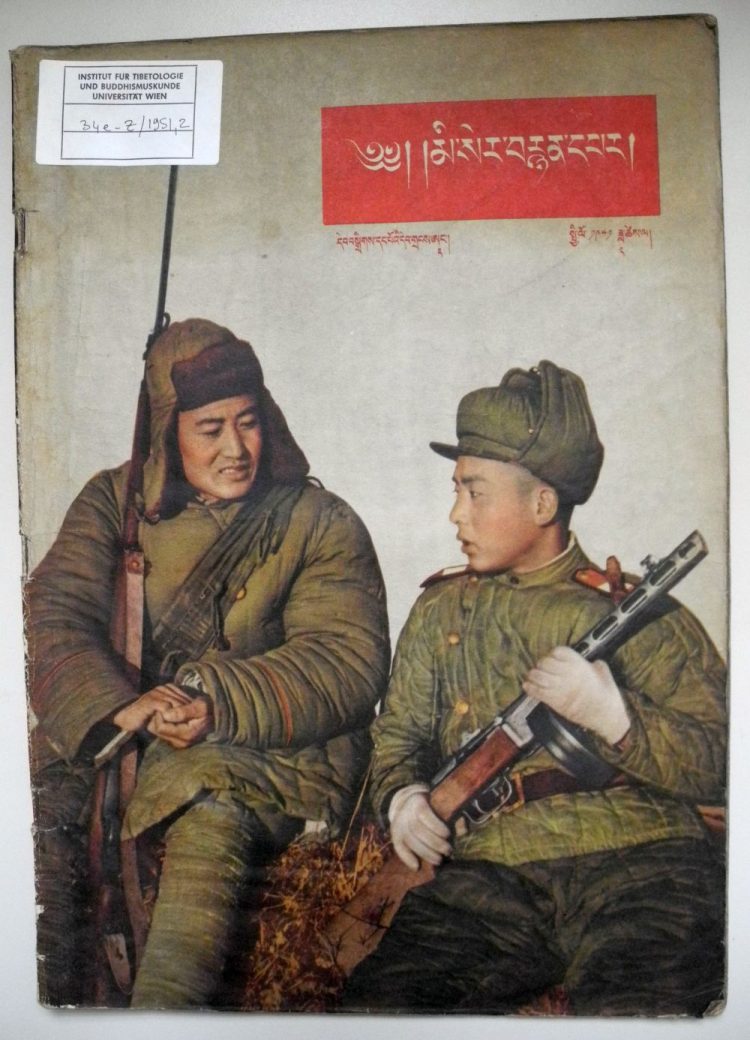 Importantly, the communists also published a variety of pictorials in order to target the by the majority illiterate population in China and newly incorporated regions such as Tibet. This early pictorial was first published in 1951 from Beijing, in notable 6000 copies and six languages: Chinese, Russion, English, Monoglian, Tibetan and Uighur, in a strive to unify the variuos “national minorities”. Its title later changed to མི་མངས་བརྙན་དཔར་.