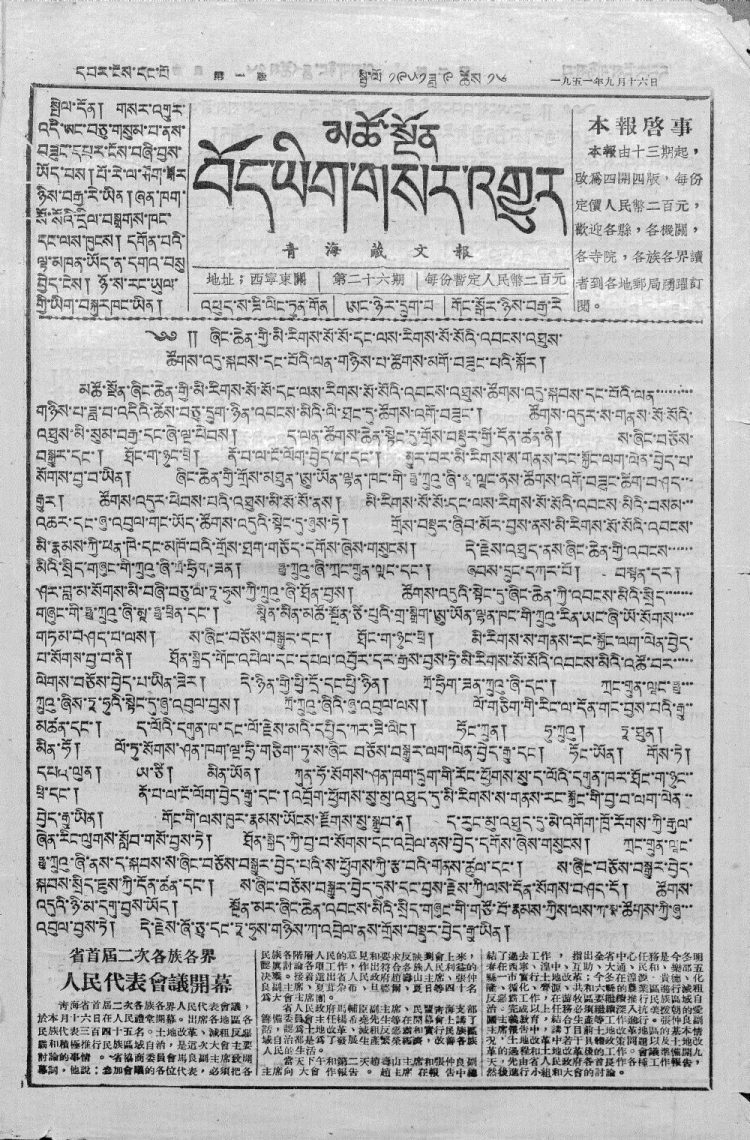 This is the first newspaper started by the Chinese communists in Tibetan language, first published on January 16, 1951 from Xining. It
is both the oldest running Communist newspaper in Tibetan and the oldest running Tibetan-language newspaper still published today. Similar to the Kuomintang before, the communists gave great weight to thew usage of mass media in the propagation of their views. They quickly established many newspapers on the plateau.