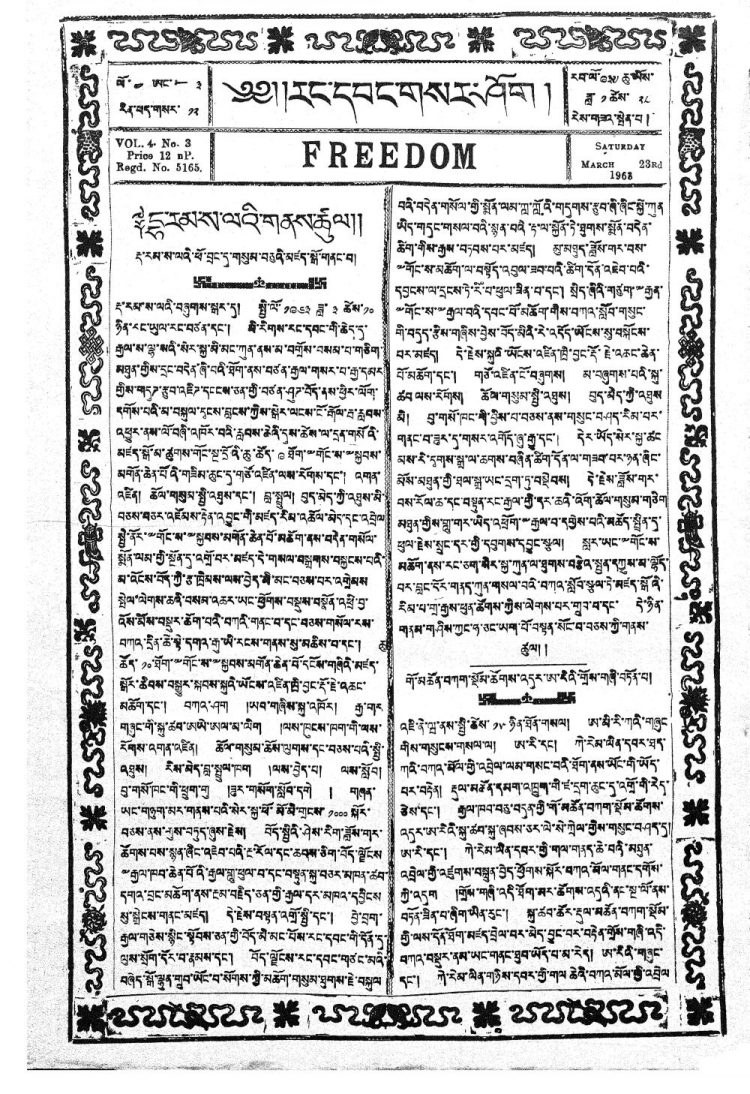 After the Dalai Lama fled to India in early 1959, many Tibetans followed him and put up in the Darjeeling and Kalimpong region. This first exile newspaper first came out in March 1960, from Darjeeling. It was financed by the Dalai Lama’s elder brother Gyalo Thondup and provided general news for Tibetans in Tibet and in exile.