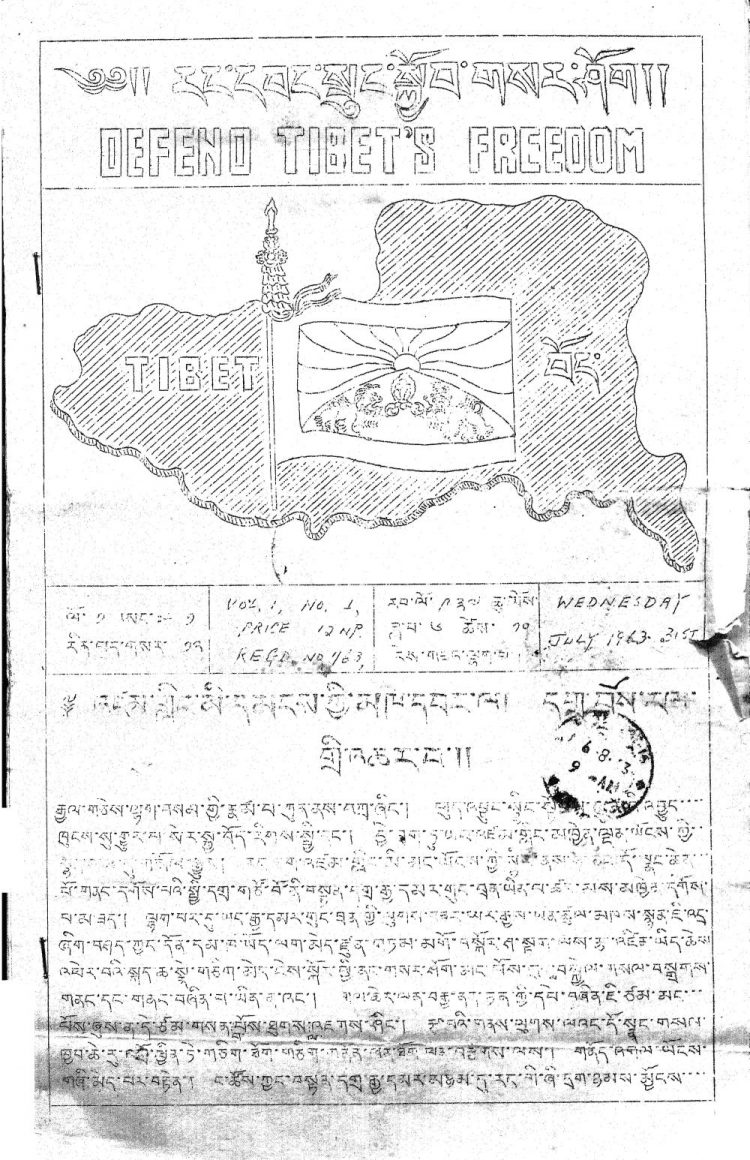 When more and more exiles trickled into the Darjeeling region, reportedly there were amnemities between some newly arrivals, causing the simultanious existence of two “Freedom“-newspapers in Darjeeling. Funded by Gyalo Thondup’s secretary Lhamo Tsering, this newspaper gave employment to former guerilla soldiers coming down from Tibet. Much more than Freedom, it focused on the fighting happening on the plateau.